I noticed in a recent thread ("Spinnaker Experience") that F32Circle is still looking for specs on a spinnaker sleeve. Searching the forum, it looks like he originally posted his request about a year ago in "Freedom 32 Parts Sale," and that in that thread Grimsby_Alan later posted that he is looking for the same.

About 10 years ago I sketched up a design for a F25 spinnaker sleeve that perhaps you could scale up. A local shop that does canvas work was able to make this for me for a few hundred dollars as I recall. The final product was simplified a bit from what the sketch shows. Mainly, these changes were: (1) the flap shown to hang it from the lifelines was omitted in favor of just a few short lines knotted into cringles on the sleeve and then tied to the stanchion bases and lifelines; (2) the door was reworked to open up through the pulpit instead of horizontally; (3) many of the attachment details were simplified to eliminate velcro and turnbutton fasteners.

Since this is made from Sunbrella-type canvas rather than the nylon of the original tube, it is much more durable and protective of the chute. I leave it rigged all season long, saving myself a decent amount of time setting up and putting away. It has now lasted 10 years, only needing replacement of the zipper that closes the door at the pulpit 2 years ago. 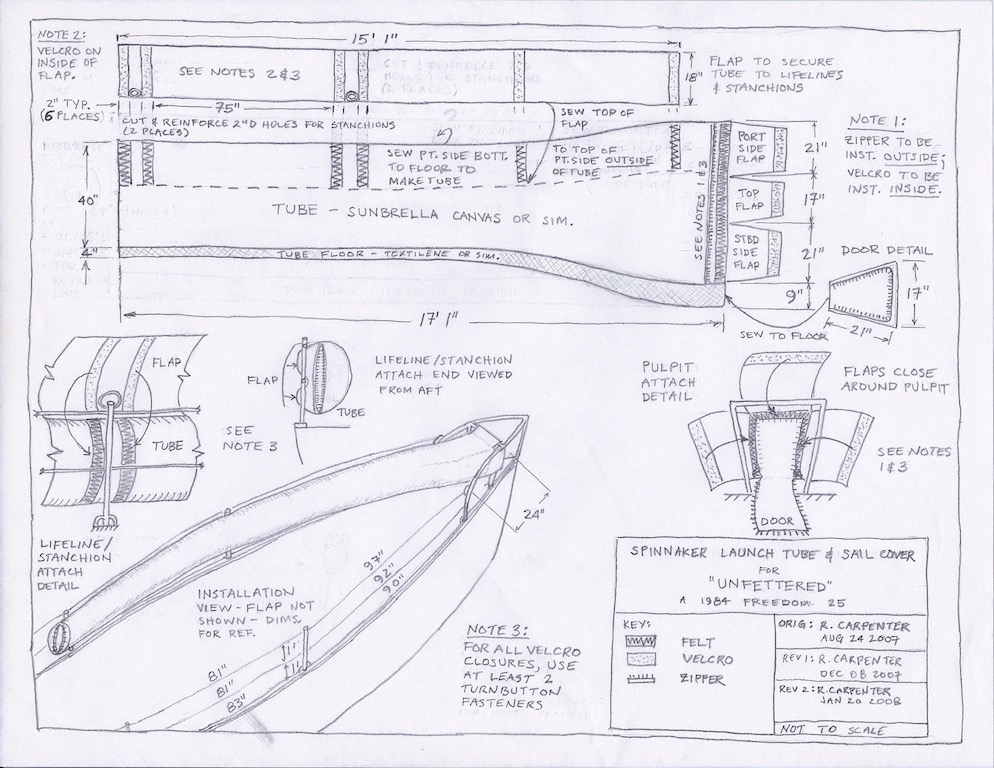 Return to “Photographs and Drawings”