In the lazyjack photo, you can also see the teak block I made to attach a boomkicker, to avoid drilling holes in the mast for attaching it. I cut the block with a kerf blade set on an angle so as to cut out a radius that matched the curvature of the mast, and then epoxied the block in place. It has held up for four years with no signs of coming loose.
1984 round-mast Freedom 25
Western Shore of the Chesapeake
Top

Yes. In light air it helps the sail keep a fuller shape. Not to mention holding the boom up when the lazy jacks are released!
1984 round-mast Freedom 25
Western Shore of the Chesapeake
Top

Although this is an old thread, I got a request to post some photos of how I installed a boomkicker on my F25. This was ten years ago, and the epoxy bond is holding strong! 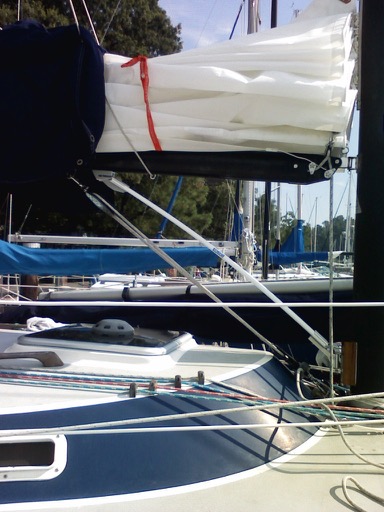 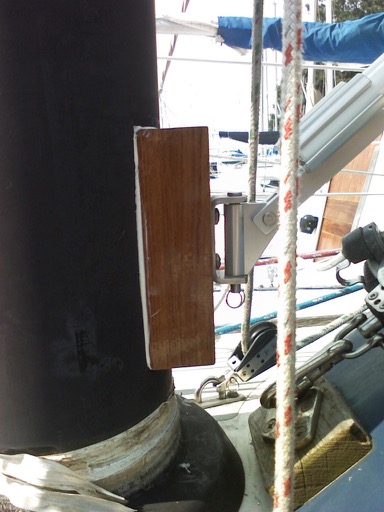 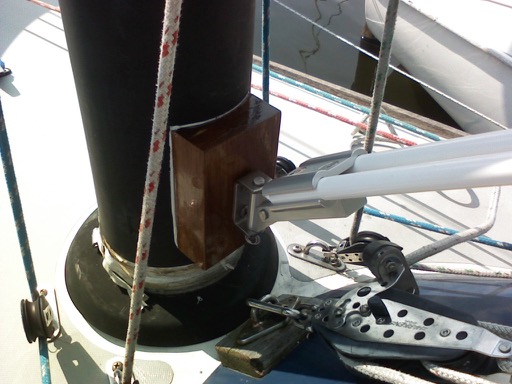 I used a 7" dado blade at a 12 deg angle to produce the cove cut that matches the mast diameter. I used the Gougeon Brothers' suggestion of receiving the fasteners into the teak block with two nuts bedded in epoxy. I used Marine Tex epoxy for bonding the block to the mast, and later added some dark caulk to cover the "Elmer's Glue" appearance of the bond line.
1984 round-mast Freedom 25
Western Shore of the Chesapeake
Top
Post Reply
14 posts