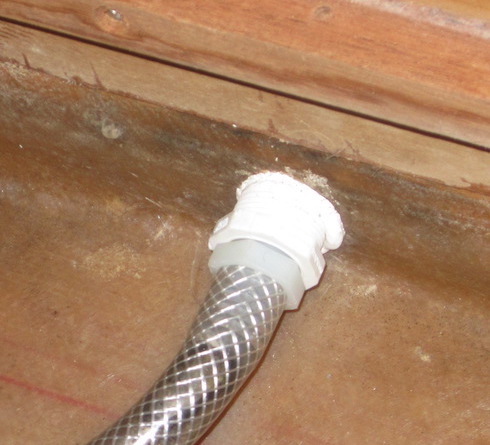 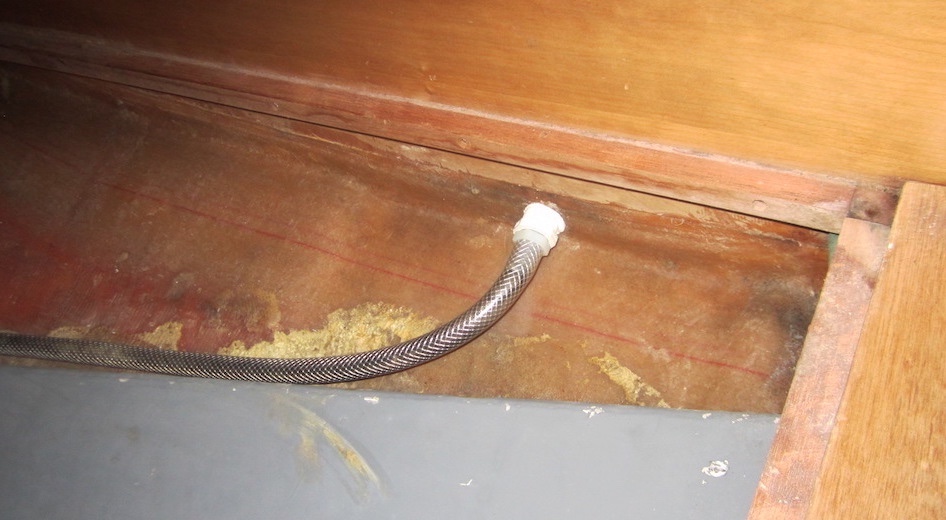 Hello All,
When lifting up the aft cabin mattress to check the fuel gauge I kept finding a water puddle trapped under and forward of the fuel tank. Everytime I sponged it out it would return. This was a potentially serious problem since an aluminum fuel tank sitting in a puddle of water for years will eventually corrode through and start leaking fuel as well as allow a damp space for mildew to grow.
I pulled out the mattress and unscrewed and removed the plywood panels it lies on to expose all of the fuel tank and surrounding area. It was immediately obvious that the source of the water came from a factory drilled (I think) drain hole in the center bottom of the aft bulkhead to allow water to drain from the aft cockpit locker into the bilge. Unfortunately before the water can reach the bilge several inches of water could accumulate under and around the fuel tank before some of the water could find its way into the bilge.
To fix this I used a large pipe tap to cut threads into the round hole and screwed in a reducer bushing and then a male pipe-to-hose adapter fitting. I used adhesive sealant on all the threads and on the wood core of the bulkhead. I then routed 1/2" reinforced PVC hose from the adapter fitting around the starboard side of the fuel tank and led it through existing drain holes (removing floor boards as needed) and emptying into the bilge sump. I dried up the water with a sponge and a fan and after several years this area now remains bone dry.
Top
Post Reply
1 post • Page 1 of 1