The Freedom 38 was first introduced in 1989 according to all sources I can find. F38s I believe were simply F36s with a transom swim platform. However, Freedom built F36 models with transom swim platforms for several years prior to 1989 but carried the Hull Identification Number of TSP36XXXX.

Freedom modified the mold to add the swim platform in 1988. Prior to that, the swim platform was an option from the factory, and it was bolted on and the seam was glassed over. The dimensions are identical. The only difference between the post-1988 F38 and the F36/38 was that the latter required inspection ports on the platform so that the bolts could be tightened during installation. Also, with the swim platform as part of the hull, it gives you an extra 2’ of contiguous storage space in the cockpit locker. I store a set of fender boards in there.

That's a very helpful response and unlocks the mystery for me in trying to figure out the production difference between the F36 (36' LOA), F36 with swim platform (38' LOA), and the F38 (38' LOA). I will have to look in the cockpit locker to see if my boat has bolts or not. Thank you
John
S/V Liberty
1988 Freedom 36/38
Virginia
Top

I've grappled with the same mystery, glad I could help. I found a couple pictures of how the two configurations look from the inside, in case anyone is wondering. They show roughly the same area. The black hose in the background in both pictures is the starboard cockpit drain. 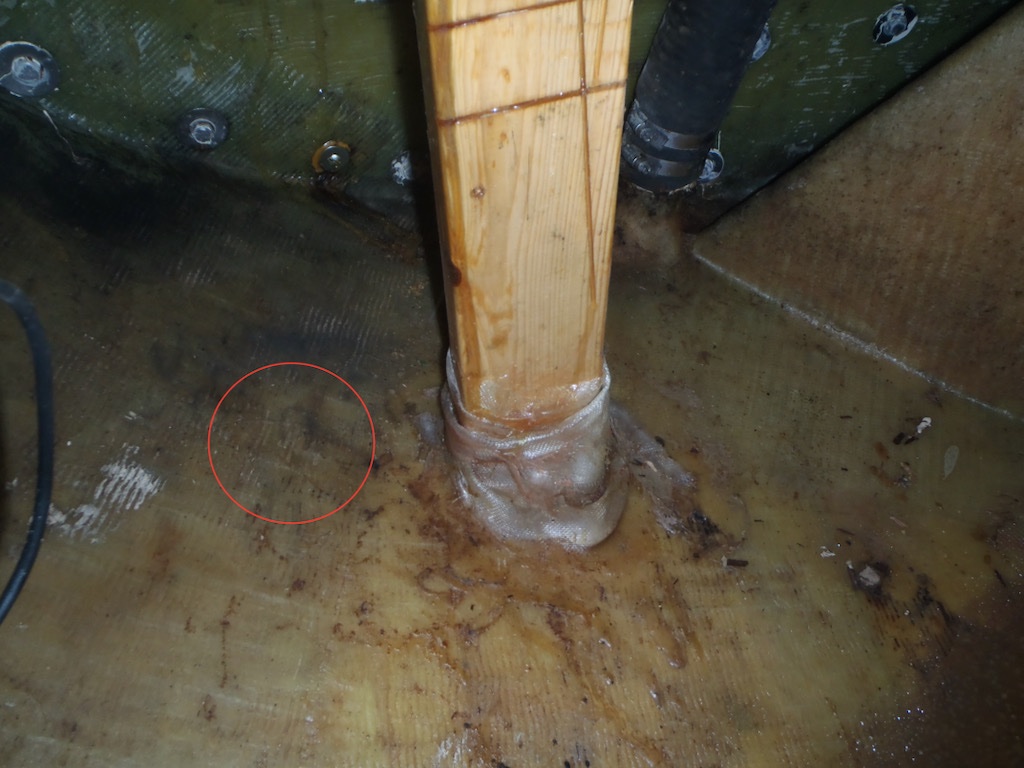