Hello Freedom Friends! I have a 1987 Freedom F28 and am installing a Raymarine Quantum 2 radar to a post on the port side of the boat at the transom/rear of the cockpit. At what height above the deck should the radar be installed that will provide the optimum performance? Thank you for your advice in advance. Ken Woodward of the F28 sailing sloop "Inevitable".
Top

High enough so that the beam doesn't hit the boom, even when running downwind and the boom isn't parallel with the water.

Hi Ken, hoping you can post pics/suggestions on your radar pole install when it's done....planning to do the same thing on my F28. thanks,
Walter
Walter Gotham
Salem MA USA
'87 Freedom 28-Mull #33 "Nova Vita"
Top

I've used this Edson tower for 10 years with success. It wasn't a major install. Edson part #674. 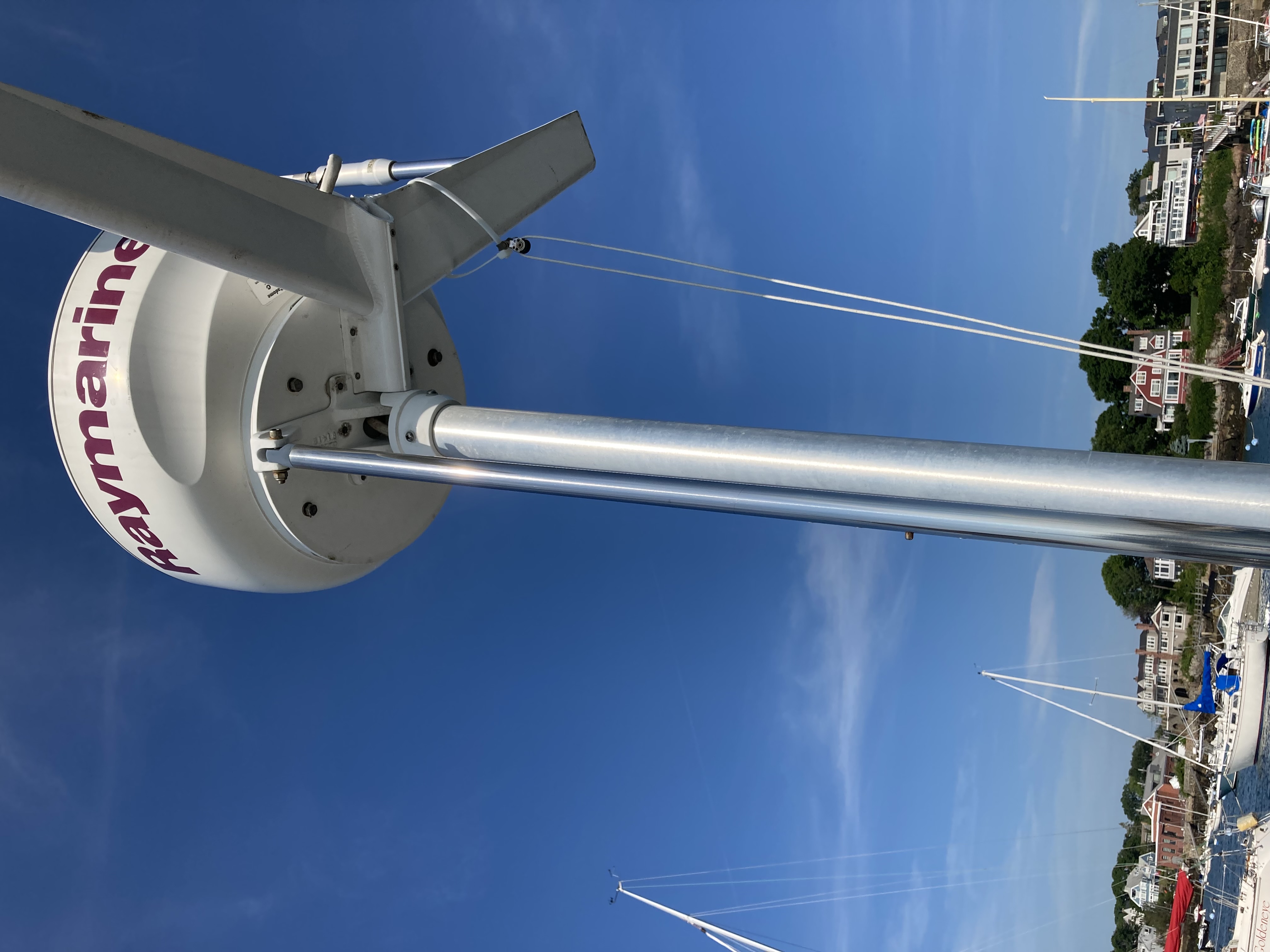 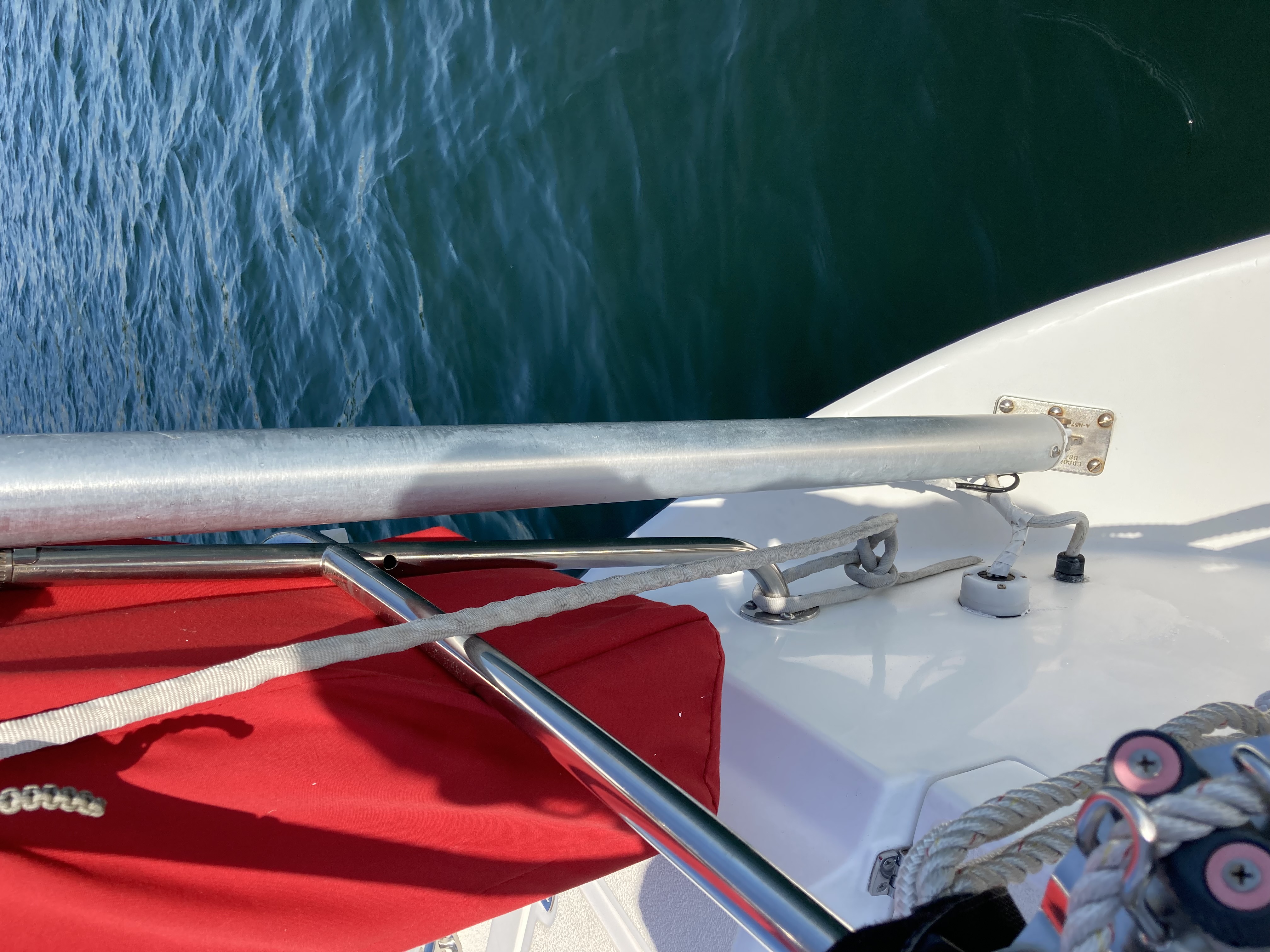 Here are some photos of my radar installation, which is on a 40/40, and probably overkill for a F28, but you have to think about the forces that a radar on a pole will generate if you're pounding into a seaway. The photo of the boom and radar isn't the greatest, but I don't have many from an angle where you can see both at eye level. Note, that this is my old radar pole and the newer one is higher, as this one was too low. I think that I probably added a foot. Also, note that there is a connection from the radar mast to the top railing to add stability. 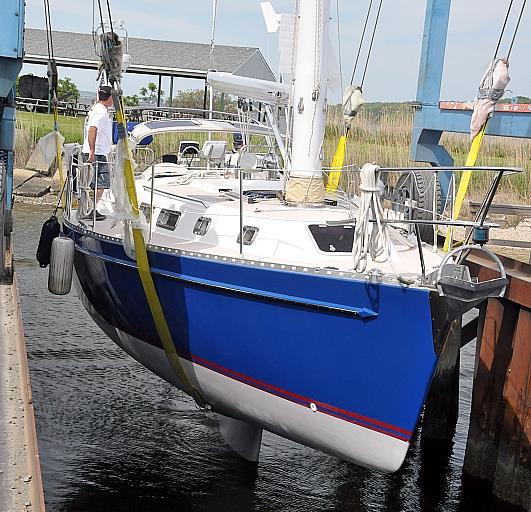 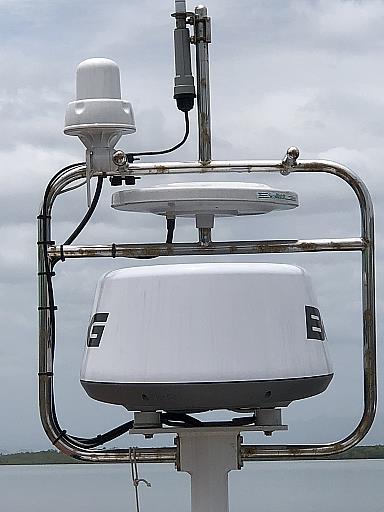 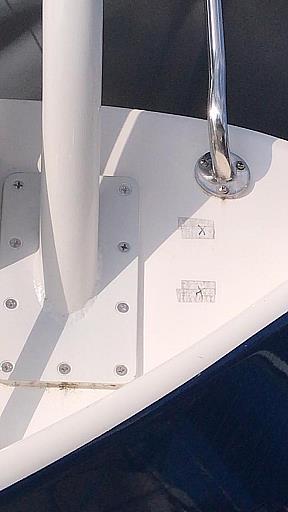 Return to “Electrical and Electronics”