Thanks, Camino! I think it was a tough passage for many of the initial starters because of the low winds those first few days. For us, on Kynntana, I had an all green crew with very little offshore experience at all. I haven't checked the tracks but I think we did not navigate that well either. Studying the GRIBs is not a favorite hobby of mine. We seem to have kept chasing the wind rather than anticipating it. After everyone took a watch with sails slatting in no wind conditions, I talked them off the cliff at day 11 when the crew was ready to start motoring to Hawaii and we were just halfway there at that time. All went well until the mast wedge ring started rotating and squeezing its way out on Day 14 resulting in a horrible squeak that sent everyone over the edge, including myself at that point. It was decided we would motor through the lulls, which would facilitate getting one of the crew to her flight by Friday morning (day 18)I didn't realize this and other deadlines that had been set before we took off. In the end, we motored about 6 hours in total and arrived Thursday as the sun was setting. There was an escort boat from Kaneohe Yacht Club to greet us and help make our way through the shallow channel. We arrived at KYC in full Goslings Rum Party time and had a roaring reception from the quay. No pressure trying to thread our way with light blindness between pilings, anchor buoy lines, and a pile of Pac Cup boats. It is very different in Kaneohe Bay compared to Hanalai Bay after the Singlehanded TransPacific race, but it's so fantastic in its own way. Kynntana and I depart this Thursday with two new crew to make our way back to Oakland. We might actually make faster time on the return. 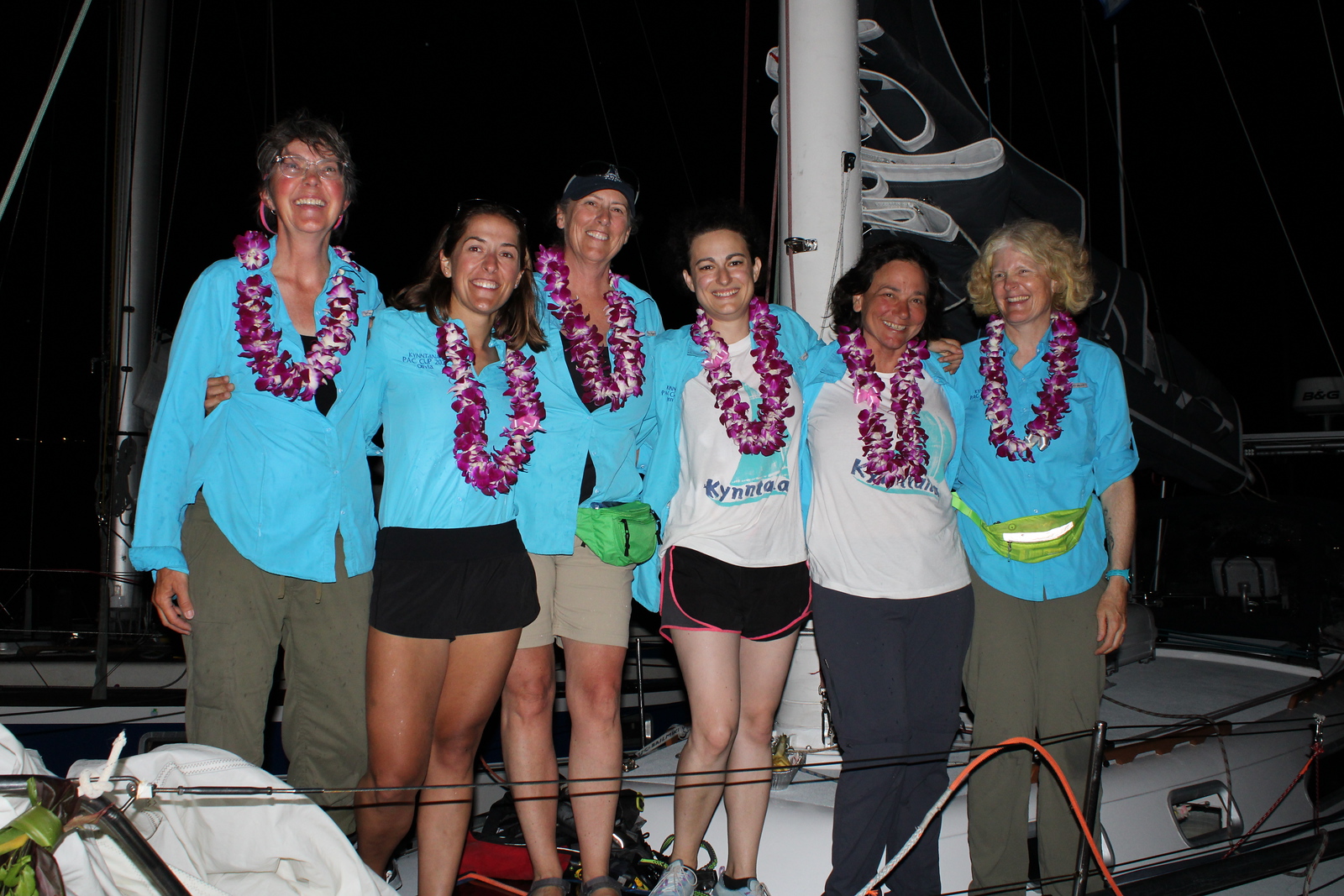 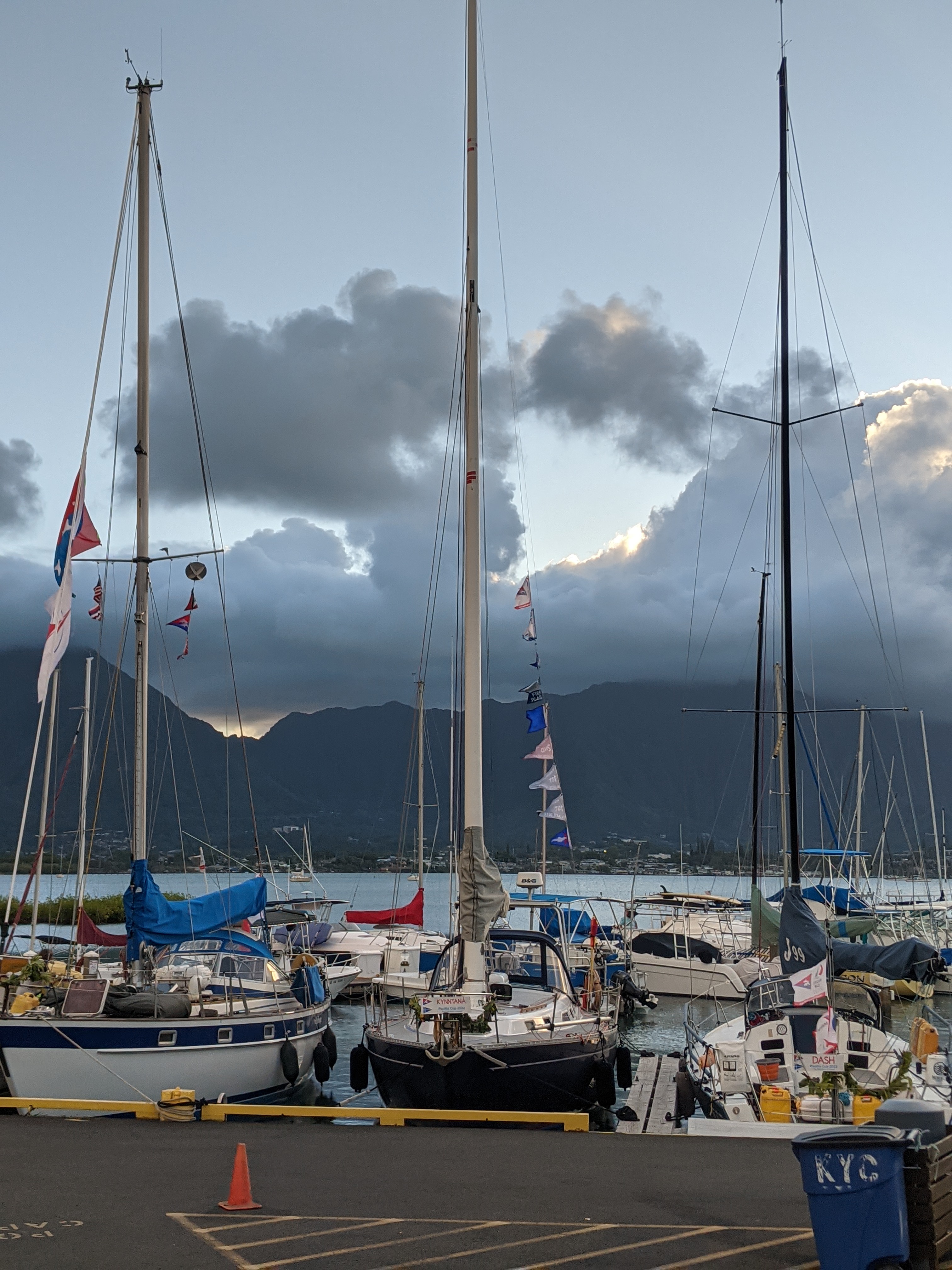 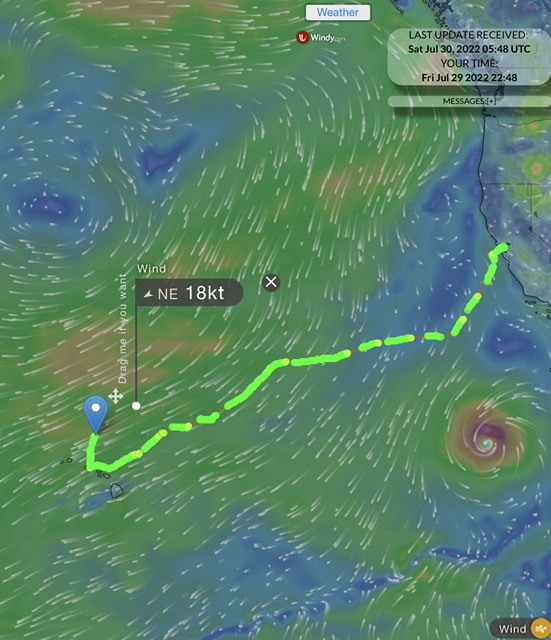 I am in Australia and out of touch. Saw this thread in my email feed. Congrats on safe arrival, sounds like a wild adventure....as usual (which is what keeps us coming back, right?).